Congratulations to Ann Dallman on the release of her book, Cady and the Bear Necklace! 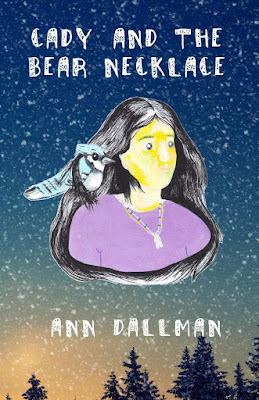 Congratulations on the release of Cady and the Bear Necklace! What inspired this story about a young Native American girl and a mysterious necklace?

I was the high school English teacher for 15 years on a reservation in the Upper Peninsula. I taught a variety of classes ranging from seventh-grade English to Journalism to English Literature. My assignment to teach a class in Indian Literature drove me to delve deeply into the wonderful stories and works of Native American authors. My students asked me to find more books written about characters with whom they could identify. “Why can’t kids like us be in more books?” they asked me. The challenge was raised and I responded to it. I have the actual necklace shown on the book’s cover as it was a gift from a dear friend. Looking at it one day, I thought “what if?”

Did you have any challenges as you were writing this book? How did you work through them?

I had many challenges. A major challenge was learning to write in a new genre. Another challenge was to write respectfully about Cady’s culture. I wrote Cady and the Bear Necklace based on my experiences as a classroom teacher. I wrote about the fictional life of a fictional character as seen through my eyes. Also challenging was the need to rewrite. I would send out new queries after each revision and I lost count after my seventh revision. I quit counting queries after I approached 70 which was when I found a publisher.

You taught high school English on the Hannahville Indian Reservation in Wilson, Michigan, for 15 years. Would you say that experience impacted or inspired how you wrote Cady and the Bear Necklace?

What a great question! Teaching on the Hannahville reservation both impacted and inspired me. One of my favorite parts of my job was being able to follow my students throughout their high school years as their classroom skills increased. Many of them were and continue to be gifted writers, especially with poetry. They pushed me to be the best teacher I could be and, later, the best writer. They opened their world to me. And how could one help but be humble when that happens?

Before this book, you had experience writing for a variety of newspapers and magazines, like Tri-City Neighbors Magazine, Marquette Monthly and the Green Bay Press-Gazette! What was the transition from journalistic writing to novel writing like?

I was trained as a journalist and worked in the newsroom of a daily newspaper for almost 10 years. After that I worked in marketing for a local campus of the University of Wisconsin and then as a high school journalism teacher followed by writing for national trade magazines in the salon industry. All of this was prior to teaching on the reservation which required me to sharpen my skills in yet another genre—curriculum writing. I’m a journalist at heart so switching to writing fiction was a reversal of how I wrote instinctively. I had to permit myself to switch from writing objectively to subjectively, to allow myself the freedom to not only create descriptions but to embellish them and then, of course, learn how to construct a narrative arc when I’ve relied on the inverted pyramid for so many years. That was a major learning curve for me to overcome.

Could you offer any advice to a writer aspiring to publish their own book?

The best advice I received was from a literary agent. “Don’t overthink,” she told me. I’ve made a poster of those words and hung it near my desk. Also, I think if one is a writer then you just keep writing despite setbacks. When discouraged when writing Cady I’d switch back to writing poetry or a freelance piece for a newspaper. Also, attend workshops—whether online or in person, network and read. And, of course, take advantage of everything SCBWI has to offer. I’ve made some wonderful new friends during this process through networking. Librarians are wonderful resources and truly love and respect writers and books. And, finally, don’t give up.

What do you hope your readers take away from Cady and the Bear Necklace?

I hope that my readers not only enjoy reading Cady and the Bear Necklace but learn something about native cultures, especially in our part of the country.

What’s next for you? Do you have any new ideas or books in the works? Where can readers learn more about you and your work?

I’ve started writing my second Cady book. I’ve also written a memoir based on my teaching experiences. Several years ago a literary agent in New York paired me with an editor from the New Yorker which was enormously helpful as she taught me how to structure in yet another genre. I have now rewritten that book at least four times but it still needs more work. I’m still writing freelance for a few publications. My website is: www.anndallman.com and on my Facebook page, Ann Dallman author.

A little bit about the book:

Cady, a 13-year-old girl of Native American heritage, has experienced change in the past year—her father’s marriage to a much younger woman, a new baby brother, and a move from Minnesota to Michigan. She is attending a reservation school for the first time in her life. It’s a difficult juggling act.  One day at school Cady finds an eagle feather on the hallway floor and reports it to the principal. He thanks her for this act of honor and cautions her that a mystery might soon appear in her life. Not long after, while attempting to organize her bedroom closet, Cady discovers an antique Indian beaded necklace hidden under the closet floor. She knows she’s found it for a reason but what is the reason? Is this the mystery her school principal predicted might appear? She consults with the elders who tell her it is her task to find out why. In the process of solving this mystery Cady’s home life calms down and she draws closer to the teachings and traditions of her culture. Helping her along the way are new friends: Irish, John Ray, and a talking blue jay who help to guide her as she balances between two worlds.

A little bit about the author:

I taught high school English for 15 years at the Hannahville Indian School/Nah Tah Wahsh (Soaring Eagle) School located on a Potawatomi reservation in Wilson, MI. I edited, wrote and did the graphic design for Sam English: The Life, Work and Times of An Artist which received numerous awards including Coffee Table Book of the Year (2009) from the printing industry (PEAK Award). I have been awarded scholarships to study writing with author Susan Power (Split Rock Arts Institute) and to Highlights Foundations sessions in Honesdale, PA. I have also been awarded three writers residences at Wild Acres Retreat Center in North Carolina. I am a former newspaper editor and have had my articles published in national trade magazines, etc. and worked for several years as a Title I reading interventionist. I have a Bachelor’s degree in Journalism Education (University of Wisconsin-Madison) and a Master’s degree in Secondary Education/Reading (Viterbo University). I have taught English/Language Arts and Journalism at the high school and junior college level. I was Content Coordinator/Editor of Tri-City Neighbors magazine for two years and now freelance for Marquette Monthly and other magazines. I am very proud of being the Michigan Chapter of SCBWI’s 2016 Multicultural Mentorship Competition 1st Runner-Up and am a proud member of the Upper Peninsula Publishers and Authors Association. 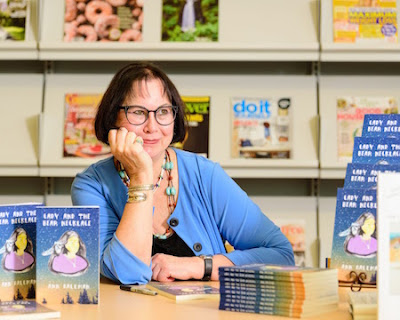