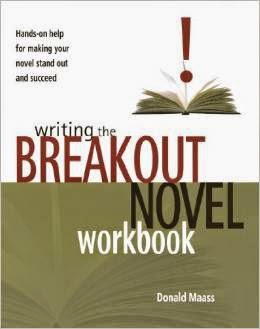 It wasn’t an SCBWI-sponsored event. So why were twenty-some members at Michigan State University in mid-January?

We came for Donald Maass, the author of six books on the writing craft. The conference organized by Capital City Writers Association gave us almost seven hours of The Donald and his philosophy of “breakout” fiction.
Maass, a commanding figure in the agenting world (his agency sells over 150 titles a year) is actually a trim, compact man in person. He is soft-spoken and unassuming (one reviewer even called him “elven").

But that appearance is a ruse. Because he is, in truth, a pain-inflicting torturer-demon of the novel and its writer.

Maass started his keynote by decrying the state of book industry today. “Publishing is a mess,” he said. He went on for cruel minutes, telling the stunned audience of writers all the disastrous things we knew in our hearts to be true: declining sales, declining readership, publishers culled to a trembling few. Pause, sigh.

“Or maybe,” he said, a malicious grin, “I’m an unreliable narrator.” Ouch.

In the first session, he urged the audience to “write down the thing you are afraid to say,” and then have our MC say it.

Then he asked us to take a “blah scene,” necessary but unexciting. What is the protagonist’s main emotion? What’s the next level of feeling? The one after that? Write the scene from that unexpected and fresh emotional viewpoint.

In Hour Two, Donald asked us to take another transitional scene and describe the setting and its effect on our protagonist, until the character (and reader) is not describing but experiencing it.

He asked us to take a dramatic scene and break it down. Was there a way we could repeat the arc in smaller but impactful ways throughout the manuscript? Do it!

By lunchtime, I was nervously massaging my palpitating manuscript. Sure, Maass wanted me to alter my baby, but these were mostly cosmetic.

After an afternoon of fine but unremarkable presentations (believe me, you do not want to follow Donald Maass), it was 5 pm and time for any normal conference to end. 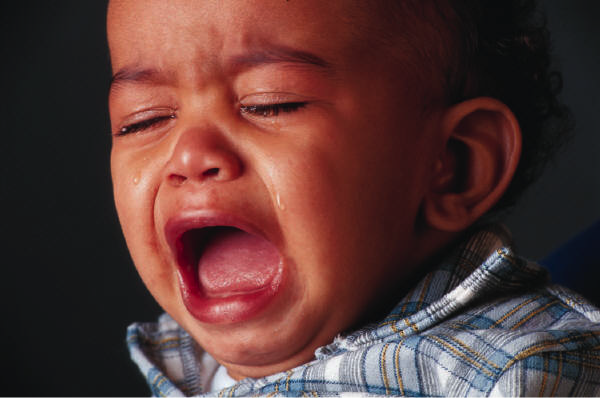 But no, a good majority of us had signed up for the four-hour extra workshop. The audience was at its most vulnerable: frazzled, dehydrated, over-caffeinated.


That’s when the real Donald Maass appeared. He might have worn a black hood, clad in leather and brandishing a whip, had he not an aversion to clichés. And the things he made me do to my protagonist, my plot, to what I thought to be the end of my novel. I shudder to recall the humiliation, the failure he had me inflict on my hero. He did this with innocent-sounding questions that probed more invasively with each “What if?”

I pinned my writhing manuscript to the table, ripped out its beating heart and stomped it into a greasy spot on the floor. When I looked up, Donald saw the stricken horror on my face and smirked, “It’s not real.”

So, I sit with 191 pages of middle grade manuscript, 130 of them with scrawled notes on the back. The ending I thought a doozy is now just a diving board into fouler, more troubled water for my unlucky protagonist. And, unfortunate writer, I must find a way to drag my hero through disgrace and failure to ultimate triumph. Somehow.

Donald Maass is like a literary personal trainer from Hell. No wait, what’s even worse than Hell?  Can you imagine something more depraved than whatever is two levels worse than Hell? That’s him.

If you ever get a chance to see Donald Maass in person, leap. But beware: your story is not safe. 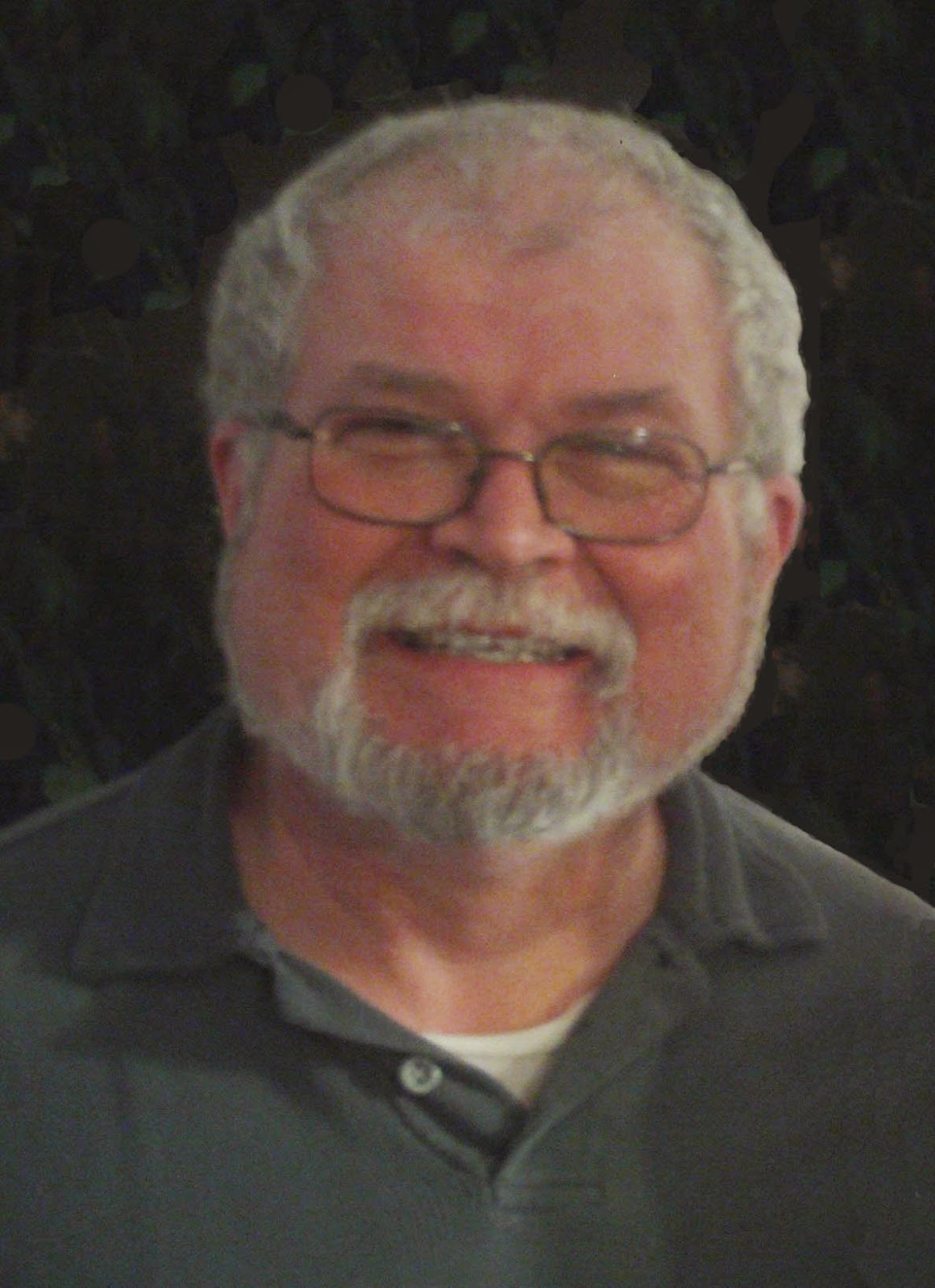 Charlie Barshaw is currently stitching together the tattered remains of his middle grade story about a squirrel invasion while fiendishly contemplating major surgery on a YA WIP. He’s also packing for the Big Apple, and co-planning a spring conference with his wife, author/illustrator Ruth McNally Barshaw.

In November, I braved the snow to attend the Kalamazoo Public Library’s Annual Youth Literature Seminar. This year’s conference started with Ed Spicer, first grade teacher and book reviewer extraordinaire. Ed discussed many of his favorite picture books and explained how to use them to enhance first grade subjects. I particularly liked Ed’s suggestion for using The Numberlys (by William Joyce, illustrated by William Joyce and Christina Ellis) and Triangles (by David Adler, illustrated by Edward Miller) to enhance math education. Similarly, social studies must be a kick when Grandfather Gandhi (by Arun Gandhi and Bethany Hegedus, illustrated by Evan Turk), Big Red Lollipop (by Rukhsana Khan, illustrated by Sophie Blackall) and Deep in the Sahara (by Kelly Cunnane, illustrated by Hoda Hadadi) are used to show students non-American cultures. Many of us left Ed’s talk wishing he could have been our children’s first grade teacher. 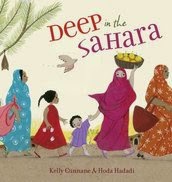 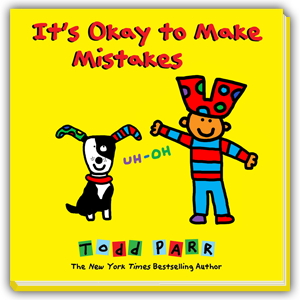 Author-illustrator Todd Parr gave two inspirational talks in which he discussed his professional journey and his books. Todd writes positive, feel-good books that are funny and accessible to children. He encourages kids to be different and strong. Every book has a straightforward message summarized in his ending letter to his readers. For example, in his book It’s Okay to Make Mistakes, Todd writes, “It’s okay to make mistakes sometimes. Everyone does, even grownups! That’s how we learn. The end, Love, Todd” Todd’s illustrations are simple and appealing, and he is proud that young children can imitate his drawings. 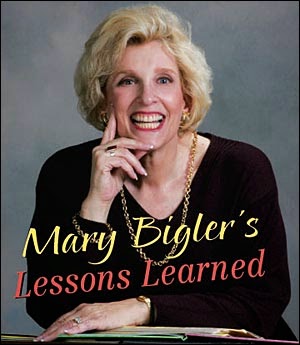 Educator Mary Bigler, Ph.D. spoke on raising readers. She reminded us that the most important thing parents and teachers can do to encourage literacy is read to children. She advocates starting at infancy and continuing “until they leave us.” For reluctant readers, Mary suggests joke and riddle books because laughter makes the reading experience non-threatening. She is a master at tongue-twisters and advocates this form of word play for children who are not fond of reading. Mary encouraged us to listen to the rhythm of the writing and to sing the words, if possible. As she says, “If we’re not passionate, the children won’t be.”

Mary also suggested starting a family diary. Each family member is responsible for writing one sentence each day, every day of the year. For very young children, parents can take dictation. She said this shows children that writing is permanent, and in time the family will create an invaluable heirloom.

Mary’s closing comments summarized the meeting. She reminded us children need to see love, kindness and family in the books they read. 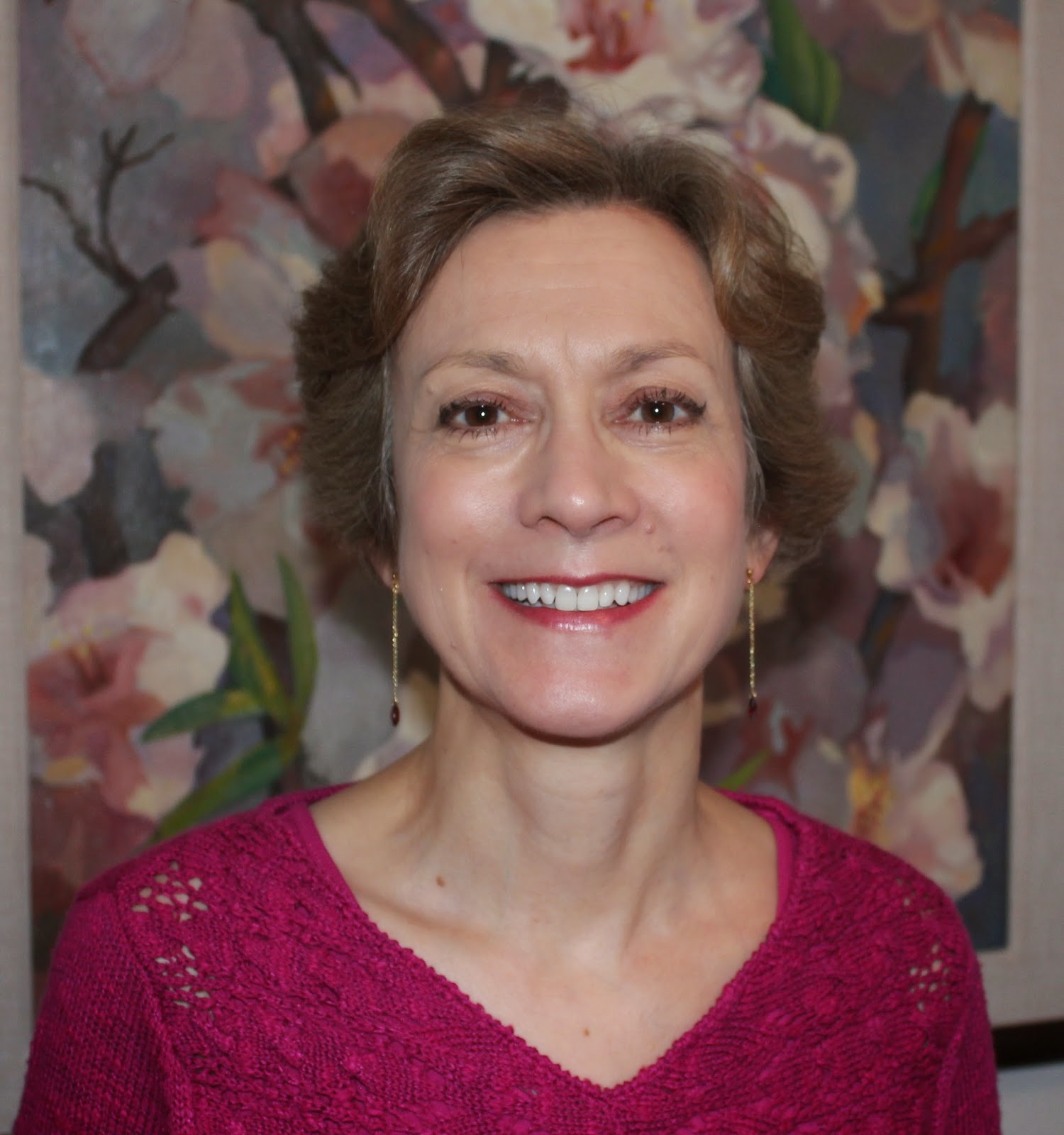 Ann Finkelstein writes, reads and fools around with her camera in Haslett, Michigan. You can find out more about her at www.annfinkelstein.com. Please stop by her blog, Words and Pixels.

Knitting the Perfect Mitten! (Blog post that is…) By Patti Richards

You break out in a sweat each time you see it on the listserv: the call for (cue scary music)…a BLOG POST! You read the post, look away, wring your hands, shake your head and hit the delete button. “Not you,” your naughty muse laughs! “You’re not a blogger! Why won’t Kristin, Patti and Nina just leave you alone?!” Well like Uncle Sam, I’m here to say, “WE WANT YOU!”

Writing blog posts offers valuable writer experience. Not only does it provide you with credits for your resume, seeing your name in print boosts your fragile writer ego and gives you the courage to keep going. It’s also a great exercise in working with an editor and under a deadline. Deadlines help move you forward knowing that others are depending on your content to keep the Mitten fresh, new and out on time. Working with an editor (because we will read and ask for revisions when necessary), helps you increase your flexibility and let go of the notion that every word you write is important to the piece. Trust me, it’s not. Blogging also helps you understand the value of writing to a set of guidelines. Just like all picture books are 32 pages, blog posts have word counts designed to keep the reader engaged and on the page.

Now that you understand the power of the blog, we really hope you'll give it a try. Here are a few tips to get you started:

"Patti Richards is a full-time freelance writer, children’s book author and blogger. Patti has a recently-engaged son who proposed to his wonderful fiancé at—you guessed it—Christmas! When not writing, she is activity engaged in planning a rehearsal dinner and trying to decide what mothers of the groom wear to weddings. Learn more about her at Sensibility and Sense, A Perfect Blog for Imperfect Writers (pattigail1.com)."

Now that you know the basics, it’s time to knit together that perfect post for The Mitten. Write about your experiences, books on craft, conferences you’ve attended, speakers that inspire you, or anything else you think might be of interest to this group. Trust your instincts and send in your best work. I promise you’ll be glad you did.

Send your queries or submissions to:
kristinbartleylenz@gmail.com
Posted by Patti Richards at Friday, January 16, 2015 2 comments:

Email ThisBlogThis!Share to TwitterShare to FacebookShare to Pinterest
Labels: blog for the Mitten, blog writing, blogging basics, how to write a blog, SCBWI Michigan, SCBWI Michigan blog, writing a blog

It's Hugs and Hurrahs Friday here at the Mitten! Hugs and Hurrahs is the Mitten page that’s all about you! Now don’t be shy…you know how awesome you are, and we want to celebrate that awesomeness here four times each year. Today’s hot-of-the-presses edition features a 2014 wrap-up and a bit of New Year’s good news. Click here to learn more!
Posted by Patti Richards at Friday, January 09, 2015 No comments:

Thank you Jeff Jantz for creating our new banner and answering the illustrator questionnaire! Please click here to learn more about Jeff and his fabulous art work. 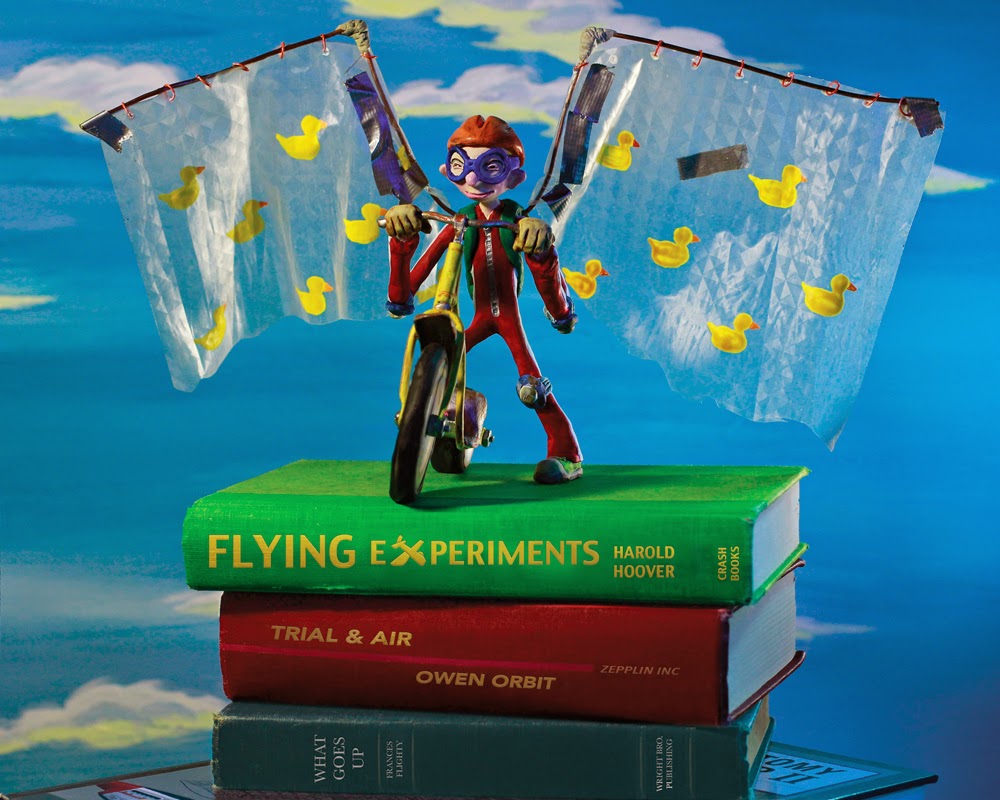