Happy end of June all you amazing Michkidders! Once again it’s time to celebrate you! (Don’t you just love a party?) And can I just say, you all have been busy since our last edition of Hugs and Hurrahs! So fire up those fireworks, spin those sparklers and join me in giving a big HUG and HURRAH to the following members:

Hats off to Allison DeCamp whose debut novel, MY NEAR DEATH ADVENTURES (99% True) (Crown Books for Young Readers) released on February 24! The book is set in 1895 and is all about 11-year-old Stan, a young man on a mission to find his long-lost father in the logging camps of Michigan. Sounds awesome Allison!

Lori Eslick’s painting, featured in Gray’s Sporting Journal, was included as part of an exhibit of her work at the Arts Council of White Lake in Whitehall, Mi., May 18-June 5. Way to go Lori!

Congratulations to Gloria Nixon-John for her recently released YA Crossover, LEARNING FROM LADY CHATTERLY (Neverland Publishing, February 28, 2015). The book, set in 1950’s Detroit, tells the story of Gloria, an Italian immigrant in a Wonder Bread neighborhood trying to find her way in a time when Coke Bottle figures were the norm and knowledge seeking girls like her were the exception. We’re giving you a standing ovation Gloria!

Karen Affholter recently signed with agent Jodell Sadler of Sadler Children’s Literary. What a fabulous accomplishment Karen. We are happy dancing for you!

And speaking of agent signings, three cheers goes out to Vicky Lorencen who recently signed with agent Erin Murphy of Erin Murphy Literary. Vicky writes middle grade and also shares her writing wisdom on her blog, Frog on a Dime. So happy for you Vicky!

Hip-Hip Hooray for Danielle Hammelef who received a Letter of Merit as runner-up in the fiction category for her short story "My Christmas Lesson," published this past December in Pockets Magazine. That’s something to be proud of Danielle!

Buffy Silverman also received a Letter of Merit in the poetry category for her poem published in Ladybug Magazine. You can read the award winner on Buffy’s blog. Way to go Buffy!

Woo Hoo to Wendy BooydeGraaf who has a picture book coming out in 2016 with Ripple Grove Press called SALAD PIE (iIllustrated by Bryan Langdo). You can read the official announcement on Ripple Grove’s FaceBook page. Way to go Wendy!

Rondi Olson's debut novel, ALL THINGS NOW LIVING (formerly SEVENTH DAUGHTER) has been sold to Written World Communications and is scheduled for release in December of 2015. The first in a YA Dystopian series, the rest of the series was also optioned. We are so happy for you Rondi!

And last but not least, I’m happy to announce that I sold my story, “The Christmas Candles,” to Highlights Magazine! This little story has had a long journey, but I’m so proud that it finally found a just-right home at Highlights (a life-long dream for this writer girl).

And remember, Hugs and Hurrahs is all about you! So keep sending all your good news to me, Patti Richards, at pgwrites5@gmail.com!

Beyond the Book, Part 4: Submissions and Tracking by Dawne Webber

So you’ve completed the book, written a brilliant query letter and researched a list of agents/editors who will love your book-baby. Now it’s time to get a submission packet together and dive into the query trenches.

A submission packet for MG and YA fiction consists of:

A submission packet for picture books consists of:


Some Do’s and Don’ts

The preferred format for electronic submissions is Times New Roman, left justified, single-spaced with double space between paragraphs. All material should be included within the body of the email. Make sure to indicate the transition from the query itself to other elements, such as the synopsis or sample pages, and title these elements accordingly.

You may prefer to keep track of and organize submissions using a spreadsheet, index cards or file. The Internet Writing Journal gives tips and how-to’s here.

I prefer Query Tracker. Let me explain why. Recently our dishwasher died and I had to do dishes by hand. Six people eating three meals per day. That adds up to LOTS of dishes, and many hours spent washing, drying, and putting them away. Not impossible, but certainly not efficient. A dishwasher makes cleaning dishes much easier and less time consuming.

Query Tracker is like a dishwasher for writers/illustrators. It’s a tool used to explore agent data and find literary agents, as well as organize and track queries and agent responses. Basic membership is free.

Good luck on your journey to publication wherever it may take you. 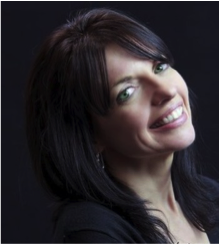 Dawne Webber is represented by Steven Chudney of The Chudney Agency. Ask Me to Wait, her YA contemporary novel, is currently on submission. Dawne lives in Troy with her husband and five children. They keep her sane amid the insanity of writing. You can learn more about Dawne at DawneWebber.

This concludes the Beyond the Book four-part series. If you missed the first three posts in the series, you can find them here:

Thank you, Dawne, for pulling all of this information together for us - what a great resource!

Patti Richards is busy gathering good news from our Michigan members. Please join us next Friday for Hugs and Hurrahs!

The SCBWI-MI fall conference features talent "home grown" in our state. It's got everything: big names, amazing speakers, astounding talent. The only thing lacking is a logo, a visual piece that emphasizes our great state, gardening, agriculture, fruitful endeavor, bountiful harvest. And kid's books.

The logo will be judged by Michigan illustration professionals. The deadline is tight: it's due by Thursday, June 25. Final art should be ready to run in digital and print media. It is only acceptable in jpeg form, and the size should be less than 1 MB.

The winning artwork will be featured on a slider that tops the SCBWI-MI web page, and on all conference- related communication. SCBWI members nationwide, as well as prominent editors and art directors are the potential audience for your work. Go here to learn more.

Email ThisBlogThis!Share to TwitterShare to FacebookShare to Pinterest
Labels: Beyond the Book Part 4: Submissions and Tracking, Dawne Webber, Query Tracker

Okay, I have a confession to make and I’m making it to “The Mitten.”

I’ve been having an affair.

That’s right. For the past year I’ve been unfaithful to my picture book manuscripts and illustrations. While our relationship was going great, I needed to satisfy my desire for my other love: comic strips.

And now I’ve come forward with that love, and in May 2015, I launched my webcomic, Galactic Dragons for teens and adults.

While the relationship has been tiring, it’s also been exhilarating.

It was a big decision for me to launch a comic strip on the internet that I created many years ago. But even after years of rejections, I still loved writing and drawing comic strips.

Back in the 90’s when I was very actively submitting work to syndicates, people would ask me, “Why don’t you just send your comics directly to a newspaper?” Well, for the same reason you don’t walk into a bookstore and ask them to sell your books; it doesn’t work that way. A syndicate is the business that promotes and sells your work, and the newspapers buy from them.

Syndicates are to cartoonists what a publishing house is to a writer and the guidelines for submission are similar. It is also very difficult to receive a syndication contract as they too receive thousands of submissions every year. Everything was done through the mail, and you were to send them six weeks’ worth of daily strips plus one Sunday. And then you waited for an answer.

While I received good feedback and even personal messages and advice from editors at the syndicates, I was never offered the golden contract. So after years of trying (and failing), I put away my pens and Strathmore to focus on my illustration. I left behind my dream of being a syndicated cartoonist.

However the 90’s was also a very different time; the internet was still pretty new and most people were still buying and reading newspapers. The only way to get your comic out there was to get a syndicate to offer you a contract. But the internet changed all that. People could now present their work to an audience at the click of a button.

A friend that I met through the SCBWI asked why I never just made my strip into a webcomic, and I realized just how much I missed drawing comic strips. So after deciding that I was actually going to do this, I spent a year recreating the strips, this time with the help of Photoshop and my Wacom tablet. I still pencil-rough the strip on paper, then scan it into Illustrator and Photoshop for inking, lettering, and clean-up.

But now that I’ve launched the strip, the work is only just beginning. Without a syndicate I’m on my own; no one is promoting my strip, paying my expenses, or helping me to build an audience, just like when a writer decides to self-publish. But at the same time I also own the work outright and don’t have to answer to an editor who may think my more risqué strips have gone too far for a very PC newspaper audience.

And best of all, I’m following my dream, even though I’ve chosen a tougher path.

I’m still planning on continuing with my picture books as that’s also my love (oh picture books, I could never leave you!). Now comes the challenge of continuing a comic strip that updates twice a week, promoting it, and still staying active with the SCBWI, all while working my full-time job. But I accept the challenge. 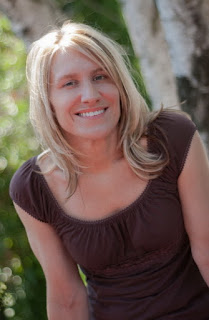 When Dana isn’t working with animals, she’s drawing and promoting her Galactic Dragons comic strip or writing picture book manuscripts and illustrating. Her children’s book website can be found here:  www.danaatnip.com. She also created the logo for the Rate Your Story website. She has been a member of SCBWI since 2010.


Coming up on The Mitten blog: the conclusion of Dawne Webber's Beyond the Book series, a new 3 part craft series on developing voice, and another round of Hugs and Hurrahs. Send your good news to Patti Richards at pgwrites5@gmail.com by June 17th.

SCBWI-MI is gearing up for the fall conference. The organizers will share more information soon, but until then, click the link below to see the list of talented speakers.

We have 10 years of Neal Levin's Kiddie Litter cartoons in our SCBWI-MI newsletter archives. It's a shame to keep them tucked away. Enjoy these Friday funnies, and find more here. 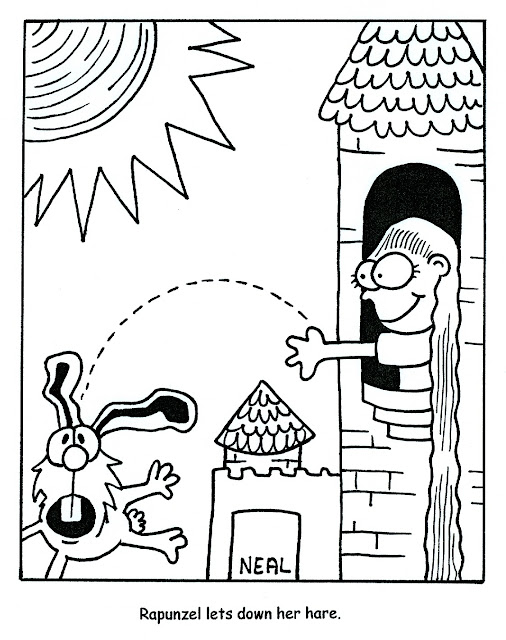 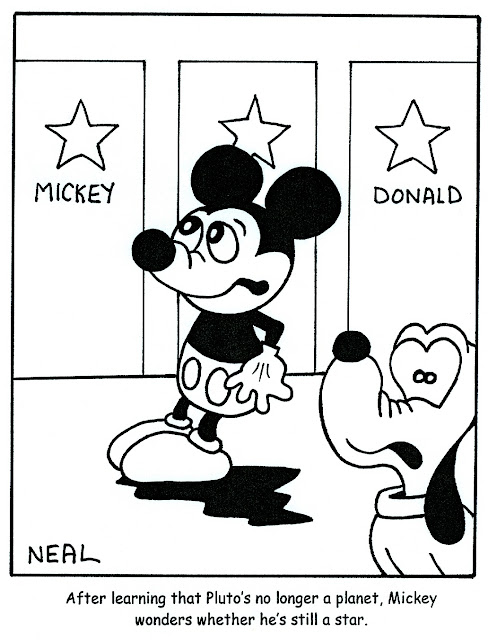 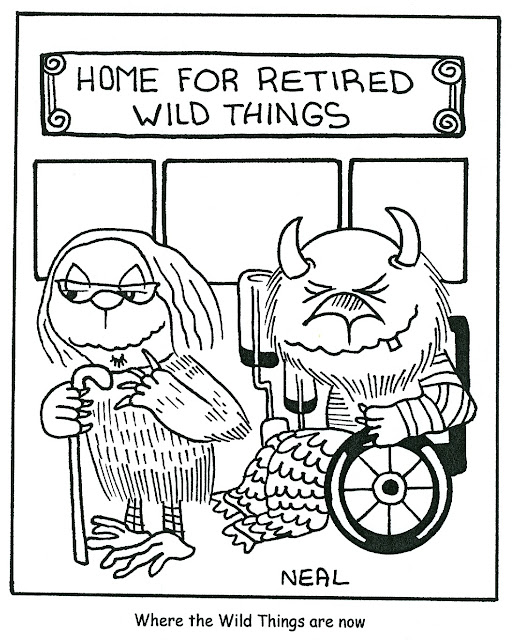 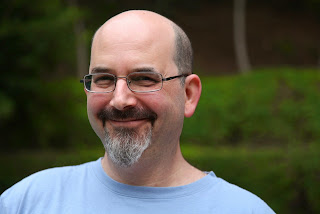 Neal Levin writes short stories and poetry for children as well as drawing cartoons. His work has appeared in several national magazines and collections. You can find out more at www.neallevin.com


Coming up on The Mitten blog: reports from the Hook of the Book conference, the conclusion of Dawne Webber's Beyond the Book series, a new 3 part craft series on developing voice, and another round of Hugs and Hurrahs. Send your good news to Patti Richards at pgwrites5@gmail.com by June 21st.