Critique Groups: The How and the Why

How to Find a Critique Group. And Why You Should Go to the Trouble to Do It.

When I was asked by a friend how to find a critique group, I was stumped. I’d managed through good fortune to find several groups of writers who agreed to let me be a part of their group. But how to start from scratch?

Luckily, our chapter is populated with knowledgeable and helpful members, especially our Co-Regional Advisors Carrie Pearson and Jodi McKay. Carrie replied to my friend and me, and her answer, on how to find (or form) your own critique group, is just too good not to share.

Thanks so much for reaching out. We're happy you are part of SCBWI and SCBWI-Michigan and would love to help you find a critique group! At this time, we don't have a mechanism to directly connect people who want to form a critique group or enter into an established group. However, we do have some good suggestions for how you can accomplish this in the Michigan chapter:

1. Write a request to join a critique group (or start one) and post it on the MichKids listserv.  Be sure to say in what age category (picture book, chapter book, middle grade, young adult) you write and if you'd like to meet in person (when we can) or just want to meet online.  Both types of critique groups are an option. If in-person, ask for people to contact you directly to sort that out. You may need to post this a couple of times as newer members join MichKids and are also looking for critique groups.

* If you aren't yet familiar with listservs, it's a way of grouping people who have a common goal. In our case, the MichKids Listserv connects all of the SCBWI-Michigan members who choose to join the listserv. When someone posts, that post is delivered to your email inbox. Click HERE for easy directions to join. It's always free and you can set it up so you get posts from MichKids as they come in, or once a day or even once a week so your inbox doesn't get too full for your liking. You'll find that MichKids is a welcoming and helpful place.

2. If you haven't already, get involved in your local Shop Talk. Our Shop Talks meet in person and now online. There are often critique opportunities here and/or people looking to form a group. Click HERE for Shop Talk information.

4. Use the SCBWI Blueboard to search for a critique group. This is a perk of your membership and is a vast resource. Remember that you'll be connecting with people from all regions of SCBWI, not just Michigan, but that is great, too.

* If you don't get responses to your reach outs right away, remember to re-post after some time has passed because new members are always joining. Sometimes a critique group loses a member or wants to add a new member. Timing is everything!

5. Check with your local children's librarian. They are often asked about critique groups and may have a mechanism for people to connect.

I hope this helps. Feel free to connect with any further questions or concerns. Watch for the monthly newsletters from SCBWI-Michigan that share information about upcoming events and helpful information. Keep creating and building your community. We are here and want to help you succeed!

So now you know the HOW. But WHY?

There are as many good reasons to join a critique group as there are children’s book creators. Among these: getting feedback, giving feedback, talking writing with people who get it, producing pages to satisfy the group deadline, seeing works in their beginning stages, and pushing each other to succeed. Here are some of the groups I belong to, how they operate and what some of the individual members have accomplished, in part, because of the group's support.

Our chosen title might seem grandiose, until you consider that its been a thing for, as one of the group founders said, "a long time." The group started an annual retreat in 2008, and Ann Finkelstein wrote it up HERE.

The group, by the time I joined in 2010, was meeting in-person the second Saturday of the month at Schuler Books Chap Book Cafe in Eastwood Towne Centre, and when that branch closed down, the Okemos branch.

Not all ten members would meet, but enough would show to fill a couple of pushed-together tables. (That's an advantage of having a large group.)

The usual process would be for someone other than the writer to read the piece, and then the remaining members would take time to write comments on their copies. Each person would offer out-loud comments, and then we'd move on to the next submission. Sessions could last deep into the afternoon.

With the advent of the pandemic, the group switched to Zoom gatherings. To accommodate the new format, submissions are required on Thursdays and read ahead of time. Comments are made in Word. Some are covered during the Zoom session, and the attached manuscript with comments is returned to the writer. 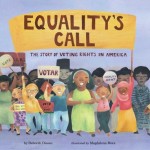 Chief among the literary giants in the group is Debbie Diesen, who presented her award-winning Equality’s Call to the group as an early draft. Debbie, most famous for her rhyming picture book series about The Pout-Pout Fish, had played with other picture book ideas, and even had a few published.

But with the political turmoil of the past years, Debbie's passion to frame the act of voting in a way that children could understand meant that she would run several drafts of the project through the group. What started as passion became a powerful advocacy for democracy. 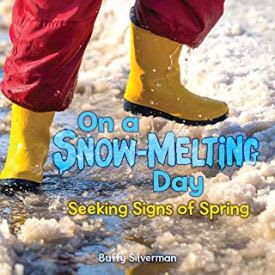 Buffy Silverman, who’s written over 90 non-fiction books, is proudest of her latest rhyming picture book, On a Snow-Melting Day. She presented several drafts to the group in order to sharpen the focus and improve the sparse but stunningly effective rhyme.

Amy Huntley, an insanely busy high school English teacher, wrote the YA The Everafter, short-listed for the William C. Morris Award. Since publication, she's worked tirelessly on other YA novels, portions of which she's presented to the group. Her agent is excited about her latest novel, about a high school drama production with more truth than play. 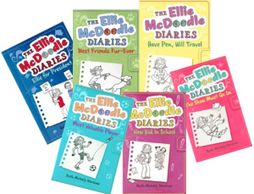 Other members are current and former educators, scientists, artists, and writers.

Another pandemic-motivated benefit to this group is the Writing Day, every Tuesday when whoever chooses can join a Zoom room, mute themselves, and create. While many use this time to write, some members practice their harp, or construct a quilt, or even throw a pot.

A group that formed after a voluntary, after-hours critique session at a national SCBWI conference in Los Angeles persevered for years. I was happy to attend and be randomly thrown in with four other mid-grade authors. After the two-hour session, I figured we were done, but the group members had other ideas.

Three writers were from California, one lived in Arizona, and me in Michigan. So we decided to meet every other Monday online, they at 7 pm, me at 10. Manuscripts were uploaded ahead of the meeting to Google Drive, comments were inserted, and members would discuss. This twice-a-month schedule seemed overly-ambitious, but it sure made me write more regularly to have something to show.

Naz Kutub, wrote The Loophole, which is part of a two book deal with Bloomsbury and is due to be published June of 2022. Our group saw early, early drafts of the YA novel. When he started with the group, he had tons of ideas, and it was evident early-on that Naz was destined to write for a living.

Naz developed his own version of "Speed Drafting," where he crafts a full novel in three months. Check out his interview HERE.

Eric Poole is the author of two memoirs, including Excuse Me While I Slip into Someone More Comfortable. While Eric had memoirs down cold, and had years of experience in television and advertising, he tried middle grade, young adult, even novelty books that present a maniacal mother whose neat-freakiness is based on a thinly-veiled version of his own Mom. 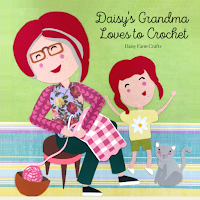 Tiffany Brown is the hugely successful owner of Daisy Farm Crafts, a crochet lover’s dream. Daisy’s Grandma Loves to Crochet, is her first (but not her last) picture book. Tiffany spent years working on a novel loosely based on one of her daughter's extreme medical challenges, and while it may never see publication, it was thrilling to watch the progress.
Kathryn Huber is a bi-lingual middle school teacher in urban Los Angeles. She had adult short  stories in her pocket, but spent years perfecting a Dickensian mid-grade adventure.

-A gaggle of us who would meet periodically at a bookstore for a writing day found new purpose during the pandemic. For the past two years we've met Thursday afternoon on Zoom to discuss our writing progress and challenges during the past week, and to plot a course for the next. Among the group, published author Kristin Nitz.

-My wife, Ruth, found herself in a group of author/illustrators when they all signed up for an online class. Talk about long-distance: this group has two members living in California and one in GERMANY. When they meet every Monday, Ruth checks in at 11:30 her time, which is 8:30 am California time, and 5:30 pm in Germany. The frequent meets push every creator to produce more, and Ruth found the focused critiques extremely useful in crafting her illustrations and her future projects.

-Finally, an Accountability Pact, which reports every Thanksgiving, includes Conrad Wesselhoeft, whose latest YA novel is entitled Dirt Bikes, Drones, and Other Ways to Fly, and Laurie Thompson whose non-fiction works include Emmanuel’s Dream and Elizabeth Warren’s Big Bold Plans.

Called to a table during a retreat, I was so, so fortunate to be invited into this pact. The idea was that, while we were all working on one big thing, that we'd at least make progress on the next thing, Since 2015, we've been checking in every Thanksgiving, and it motivated me to revise both a mid-grade and YA novel.

It takes a village to raise a child, and it takes a critique group (or two or three) to help you get published. 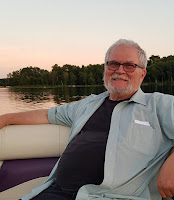