Happy New Year! We’re shaking things up this month at the Mitten and starting the year off with your happy publishing news. You heard it right- it’s time for Hugs and Hurrahs! You were busy writers during the last three months of 2017, and we salute you all for your hard work and commitment to craft. Drum roll please. . .

Hats off to Maria Dismondy! Her bestseller, Spaghetti in a Hot Dog Bun is now available in Spanish and will be released in Chinese later this year. Her book Chocolate Milk, Por Favor is being published in Korean and is now traveling the country as a children’s musical. Way to go, Maria!

Three cheers goes to Rebecca Grabill! Her first book, HALLOWEEN GOOD NIGHT, was released this past July from Atheneum/Simon and Schuster. Congratulations, Rebecca!

Standing ovation goes to Supriya Kelkar! Supriya was recently interviewed by the Washington Post about her middle grade historical fiction, AHIMSA. So proud of you, Supriya! Here’s a link to the interview:

Neal Levin has been at it again! His poem, “Saturn’s Rings,” was published in the October 2017 issue of Spider Magazine, and his poem “Smells Like Chicken Noodle,” is in the January issue of Spider. Neal also recently published his 25th “10 facts” feature for Fun for Kids Magazine. This is a regular two-page color cartoon he creates for each issue of the magazine, providing ten fun illustrated facts relating to the issue's theme. You are awesome, Neal! 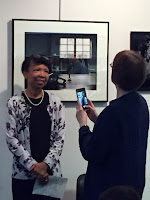 Three cheers for Debbie Taylor! At the Nov 5 Ann Arbor Library Fifth Avenue Press Book Release Reception, it was announced that the next author they will be publishing is Debbie Taylor. Her book will be coming out this spring. Congratulations, Debbie!

Hats off to Heather Shumaker! Her first middle-grade adventure story called The Griffins of Castle Cary, was recently purchased by Simon and Schuster for a March 2019 release. This is Heather’s first book for children and introduces the three Griffin children, their ginormous, tongue-drooling Newfoundland dog, and a bit of a ghost problem. Being billed by the S&S editor as a charming book with “Penderwick-y style and Neil Gaiman themes.” So happy for you, Heather!

And here’s a standing ovation for Lisa Wheeler! Her newest picture book, PEOPLE DON’T BITE PEOPLE (Atheneum Books for Young Readers/Simon Schuster) debuts on April 3. The book is illustrated by the award-winning Molly Idle! So proud of you, Lisa!

Congratulations to Sondra Soderborg! Sondra just signed with her “dream agent,” Erin Murphy of Erin Murphy Literary Agency. Erin will be taking Sondra’s first MG novel to market next year. So happy for you Sondra!

Three cheers for Ruth McNally Barshaw! Coming in June 2018: NO BASE LIKE HOME, written by ESPN broadcaster and two-time Olympic medalist Jessica Mendoza and her sister, Alana Mendoza Dusan, in which an eleven-year-old tries to live up to her legendary older sister's softball skills on her travel ball team. Stacy Whitman at Tu Books is the fantastic editor on this project. Way to go, Ruth!

Happy dancing for Claudia Whisitt! Broken Lines, the third book in the Kids Like You Series garnered a silver medal in the 2017 Moonbeam Awards in the pre-teen historical/cultural category. So happy for you, Claudia!

Congratulations goes to Lorelle Otis! Three of her mindfulness painting/poems have just been published in the online poetry publication, Willawaw Journal. Her work appears on the cover, back cover, and page 4. The poems are from her A Few of the Ten Thousand Things, project she has been working on for four years. That’s awesome, Lorelle!

Three cheers for Jacquie Sewell! Jacquie’s book, Mighty Mac, The Bridge That Michigan Built (Peninsulam Publishing) is now available on Amazon (with a sneak peak!) or through the publisher:
https://squareup.com/store/peninsulam-publishing/
So happy for you, Jacquie! 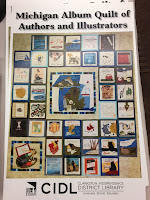 A special congratulations to Nancy Shaw, Kelly Dipuchio, Lisa Wheeler and Patricia Polacco! These amazing authors are part of the Michigan Album Quilt of Authors and Illustrators unveiled last fall at The Clarkston Independence District Library. The quilt was started in 2011, with participants signing fabric squares to go into the design. Other authors/artists for young people are Gary Schmidt, Gloria Whelan, Janie Bynum, Margaret Hillert, Devin Scillian, the late Nancy Willard, and Robbyn & Gijsbert van Frankenhuyzen. Other libraries will be displaying the quilt, too. Standing ovation to these amazing authors and what they give to the children’s literature community!

And finally, my story, “The Christmas Candles,” appeared in the December issue of Highlights Magazine, and the joy I felt was pretty much overwhelming!

I hope this issue of Hugs and Hurrahs has you celebrating with your friends and finding new inspiration to get those drafts polished and submitted! You can do it! And when you do, we’ll be right here to celebrate you!


THIS JUST IN: Author Jack Cheng has won the SCBWI Goldne Kite Award for Middle-Grade Fiction! Please join us in congratulating Jack Cheng, the author of SEE YOU IN THE  COSMOS, on this special honor. The Golden Kites are the only children’s literary award judged by a jury of peers. The awards will be presented at a gala during the SCBWI New York Winter Conference on Friday, February 2 at 7 PM at the Grand Hyatt Hotel. Featured guest Chelsea Clinton, humanitarian advocate and children’s author, will make a special presentation at the event.
Big Michigan congratulations, Jack!
Carrie Pearson and Leslie Helakoski
Co-RAs SCBWI MI

Send all your happy publishing news to Patti Richards, pgwrites5@gmail.com. Our next Hugs and Hurrahs deadline is March 28, 2018.
Posted by Patti Richards at Friday, January 12, 2018

Thank you, Melanie Bryce for illustrating our new banner! Melanie has been a non-PAL writer and illustrator member of SCBWI since 2018 and became a KAST (Kalamazoo Area Shop Talk) member in 2019. She studied creative writing, watercolor, and life drawing at the Kalamazoo Institute of Arts and Kalamazoo Valley Community College. Melanie is involved in the Kalamazoo arts community, including providing illustrations for KAST’s recent event “Kast a Spell,” participating in Art Hop, gaining acceptance in the West Michigan Area Show with her “To the Moon” submission, gaining acceptance in the 2018 KVCC student art show, and winning first place in the 2016 KVCC New Media Showcase.