The Making of a Book Trailer: AHIMSA by Supriya Kelkar 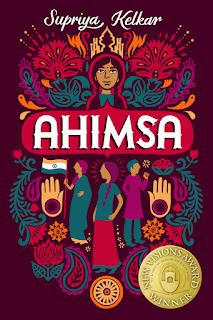 Despite being a film major and a screenwriter, when I first entered the world of Book Twitter almost two years ago, I was stunned to find out books had trailers, and was immediately panicked at the thought of making one for my middle-grade novel, AHIMSA.

After all, AHIMSA is set in India, in 1942, and I was in Michigan in 2016. How could I recreate that time and place here? I immediately began scrambling to think of locations that could double for the town I had created in AHIMSA, for actors, and for places to rent a better camera from.

But then I took a breath, began looking at more book trailers online, and quickly realized they didn’t have to look like a big budget movie. I have seen charming book trailers that have the illustrations animated on screen, thrilling trailers that make great work of music and visuals to set the tone, and adorable book trailers that just have children read the book on camera. Despite how different they are, they all work great to engage young readers. 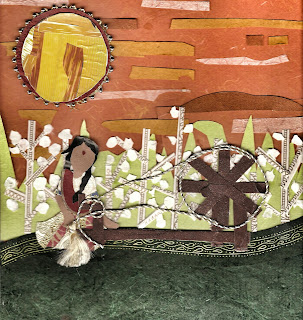 With the pressure off of me, I began to brainstorm. I didn’t have animation skills, and there was no location that I could think of in Michigan that could double for a town in India. But I realized the collage art I did, cutting up Indian wedding cards and making them into illustrations, could work to show the characters and setting in an authentic but visually interesting way. And while I couldn’t animate them, I could write a short trailer script that held everything together in a slide show. 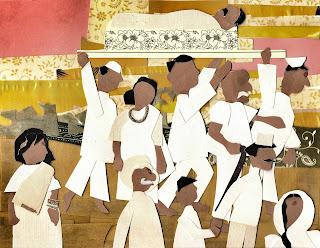 I went to work on the script, and then used that to come up with art that reflected what was being said by cutting up old issues of Entertainment Weekly and several old Indian wedding invitations. I then scanned everything in, used a filter on my cell phone to change the tone of the images, found music to use under YouTube’s copyright free music page, (still making sure I gave the creators credit on the video’s YouTube video description), and put it all together with Windows Movie Maker, simple editing software that didn’t take long to figure out.

So if you are feeling overwhelmed by the idea of making a book trailer, remember to think outside of the box. Trailers don’t have to be big budget as long as they are visually interesting or intellectually stimulating, and sometimes all it takes is something as simple as some old pieces of mail. 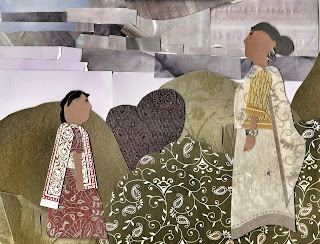 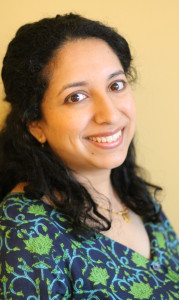 Born and raised in the Midwest, Supriya learned Hindi as a child by watching three Hindi movies a week. Winner of the 2015 New Visions Award for her middle grade novel AHIMSA, (October 2, 2017), Supriya is an author and screenwriter who has worked on the writing teams for several Hindi films and one Hollywood feature. Follow Supriya on Twitter @soups25 and on Instagram @Supriya.Kelkar. You can learn more and see AHIMSA’S book trailer here: http://mrschureads.blogspot.com/2017/09/book-trailer-premiere-ahimsa-by-supriya.html

Hey, look! Supriya's book made the list of Michigan bestsellers for October 2017. Cheers!

Coming up on the Mitten blog: Vacation! Enjoy the Thanksgiving holiday with your family and friends, and we'll see you again on December 1st with 5 Tips for Mastering a Magical 2018 Marketing Plan. 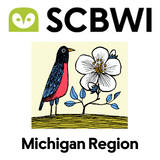