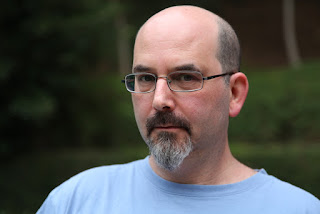 Neal Levin is a freelance children's writer and illustrator in Michigan. As a writer he specializes in poetry and short stories (mostly for magazines and anthologies), and as an illustrator he specializes in cartooning. He has had over 250 stories, poems, articles, puzzles, and cartoons published in a variety of places, ranging from Highlights For Children to The Saturday Evening Post.

Question in rhyme (limerick-style):
There once was a poet named Neal
His limericks were the real deal
He’s published the most
In The Sat. Evening Post
Now tell me, Neal, how does it feel?

Thanks for asking, Charlie. It's a lot of fun! For those who don't know, The Saturday Evening Post has a limerick contest in every issue (six times a year) where you have to write a limerick to go along with a certain picture. I think I won about 15 times so far, although only four were official "winners" and the rest were runners-up. Although this is not actually a children's publication, it's still good writing practice. Anyone who wants to try it can find the contest online: www.saturdayeveningpost.com/limerick-contest 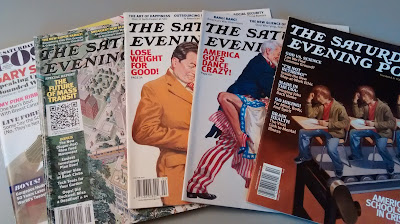 And, a follow up: do you have a special affinity for limericks?

Not necessarily. I love writing children's poems, but I don't write a lot of limericks, apart from that contest.

Okay, on to normal questions:
Who were your favorite poets when you were young?

Shel Silverstein, of course! But to be honest, I didn't read a lot of poetry as a kid. I did write poems starting at a young age, however.

Tell us more about the SCBWI awards. You won a Merit Plaque for poetry for your poem Cavemanners, which appeared in Spider. You also won (the only name to appear twice in the announcement, congrats!) an Honor Certificate for Messy Messages a poem appearing in Highlights.

SCBWI gives out an annual Merit Award and Honor Award in five different categories for magazine work published during the previous year. The categories are fiction, nonfiction, illustration, poetry, and YA. They also give out a few Letters of Merit. In 2015, I received a Letter of Merit for poetry (and coincidentally, the poem that won the Merit Award that year was one I had illustrated, but didn’t write). Then in 2016, I received the two awards you mentioned above. Any SCBWI member who publishes original magazine work is eligible, and again you can find information online: www.scbwi.org/awards/magazine-merit-award/

Aside from originating from the mind of Neal Levin, how are your cartoons and your poetry related?

That's a good question, because they often aren't. Most of the poems I've had published were illustrated by other people, as assigned by the editors. I always enjoy seeing how other illustrators interpret my writing -- sometimes in ways I didn't anticipate. I also enjoy seeing how different illustrators interpret the same poem when it's republished in more than one place. There have even been times that I've been assigned to illustrate poems other people wrote. I hope to get around to illustrating more of my own poetry one day. 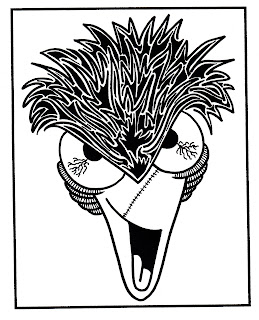 In a Debbie Diesen interview, you mentioned doing cartooning workshops after school for kids. What do kids gain when they learn to cartoon?

The cartooning workshops I teach are usually one-day classes, so they serve as an introduction to drawing and hopefully inspire kids to practice more on their own, which is how I learned to draw. Since many of the students have never drawn cartoons before, I think the biggest thing kids gain is the discovery that cartooning is actually not that difficult to learn, as well as the confidence that they can create finished drawings on their own by the time they leave the class. 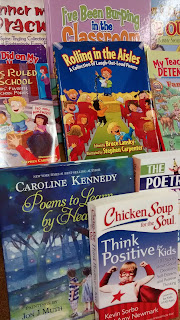 You’ve been published in a number of poetry anthologies, especially ones edited by Bruce Lansky. Can you tell us about your working relationship with Bruce?

I have to give credit to Bruce Lansky (and his former poetry editor Angela) for starting my professional poetry career, as they were the first ones to publish my poems and encourage me to keep writing them. This was about 10-15 years ago, when Bruce's company Meadowbrook Press was putting out a number of anthologies and eventually included around 18 of my poems in eight different collections. Some of those poems were also resold through Meadowbrook Press, and through their agreement I retain copyright and also get royalties from resales. Since then I've had poems published in anthologies from other companies, including Disney/Hyperion, Little Brown, Scholastic, Pomelo Books, and Chicken Soup For the Soul.

Have you considered publishing an anthology of your poetry? Possibly interspersed with your cartoons?

I would love to do that! However, selling a poetry collection is a lot harder than selling individual poems.

Tell us about being published in Mad Magazine For Kids. Was it a lifetime dream, or just another magazine sale? 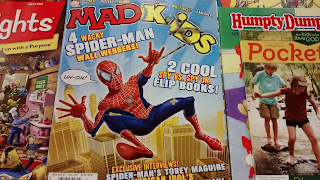 Mad Kids was a short-lived magazine that only put out a few issues around 2007-2008. It was a younger kids' version of Mad Magazine with the same style of humor. This was one of those instances where other people illustrated my work. I had three poems published in three different issues and then was assigned a special feature: a whole set of funny poems about food to satirize the movie Ratatouille. It's unfortunate that the magazine folded, although the regular Mad is alive and well.

You're right, that book was edited by President Kennedy's daughter, although I did not get to meet her. Apparently she had discovered my poem Baby Ate a Microchip and eventually decided to include it in her book.

Last, your website mentions that you retreat Up North all summer to work on a daily newspaper at Camp Walden. Can you tell us more?

It's true! I won't say how many years I've been going there -- okay, it's been 32 -- and yes, I put out a daily "newspaper" for the campers and staff. It's no more than a two-sided sheet of paper run off on a copy machine, but it gives me the chance to write funny stuff, draw pictures, and be creative all summer long. And, of course, the campers and staff help contribute. If you put together all those newspapers over the years, it would amount to over 3,000 pages of material! The majority of it, however, would only make sense to you if you went to that camp.

I began this interview with a question in rhyme, so here's a silly doodle ending:
There once was a group, smart and spry
Who'd create poems and stuff on the fly.
They're writers and drawers
Not ooh-ers and aw-ers
And they're called ess see bee douba you eye. 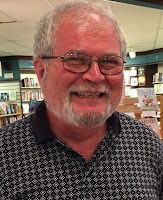 Charlie Barshaw loves to write posts for The Mitten, and interview people who really do something, like Neal Levin. This gives him an excuse for still struggling to finish the stubborn first draft of his YA novel. Thanks to editor Teresa Crumpton, his SCBWI-LA critique group, and The World's Greatest Critique Group, he's still plinking away at it.

Thanks for all of your hard work, Charlie! Pssst, Charlie has some book news. He has several stories published by Amazon's new children's reading app. Learn more at https://rapids.amazon.com/ or https://www.facebook.com/amazonrapids/.

Have you seen Neal Levin's kidlit inspired cartoons for adults? He has his own special page, Kiddie Litter, right here on the Mitten blog.

And we have another busy weekend full of SCBWI-MI Merry Mitten Holiday events!

Coming up next on the Mitten blog: The final Hugs and Hurrahs of 2016! We want to trumpet your success. Send your writing, illustrating, and book related good news to Patti Richards by Tuesday, December 13th to be included.